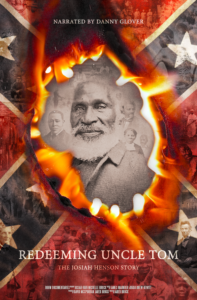 I follow   Jared Block’s blog.  He was involved in the documentary described below.   Looks like a special event for this evening.  Let me know what you think.

One of those films is about an unbelievable hero that almost no one knows about:

But before all that, Josiah Henson was a slave for 42 years.

The film is called Redeeming Uncle Tom, and it’s narrated by Danny Glover.

This Friday night, the Indiana State Museum’s Levi & Catharine Coffin House is hosting an online digital screening of the film on Zoom. I’ll be introducing the film and doing a director-led Q&A afterward.