Recently our electricity company informed me that this month’s average temperature was 3 degrees warmer than the same period  one year ago.

The New York Times asked in a recent article Why Hasn’t It Snowed Yet in New York City? The lead pointed out that this is the longest stretch of winter without snow since 1973.  Plenty of rain. No Snow. City residents can still travel upstate to Buffalo if they long for a real snow storm.

Here is what this time of winter used to look like here  at home in Bethesda. 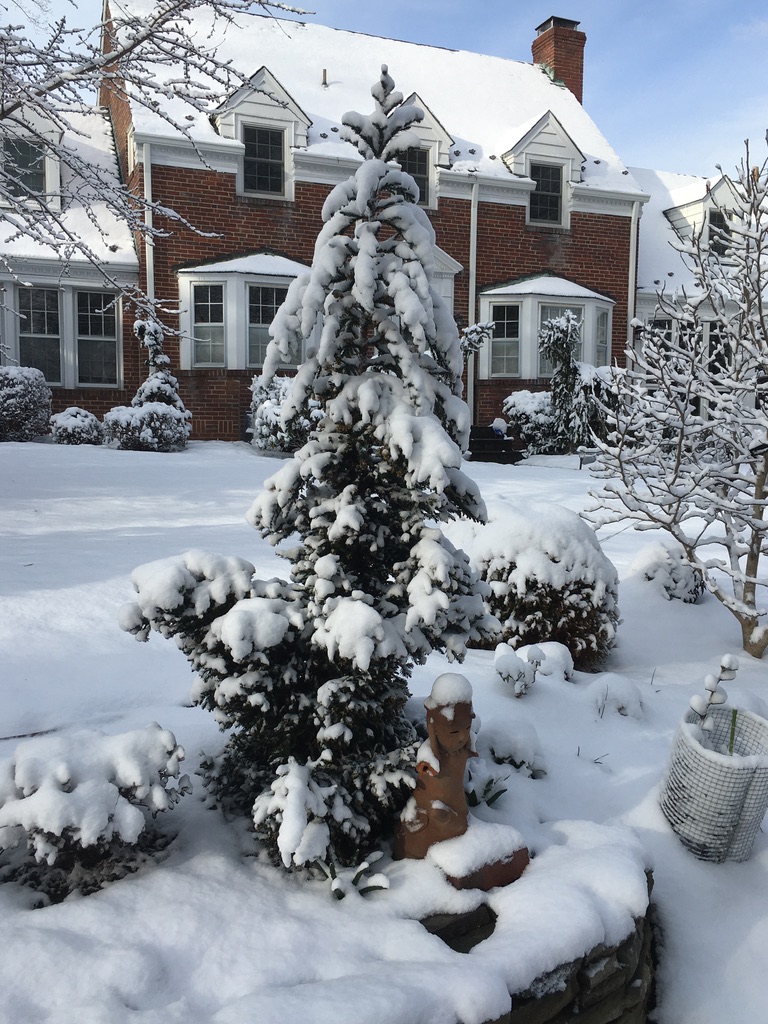 Earlier this month some of my plants took an early peek to see what was going on.

The daffodils are now 3-4 inches high. 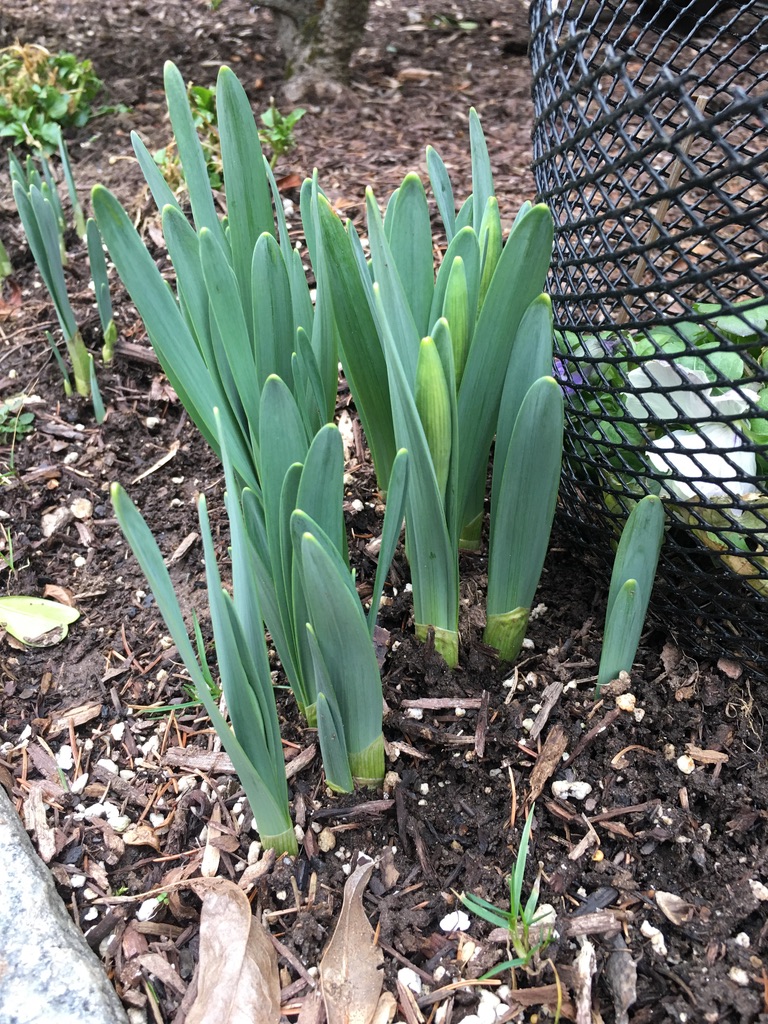 Hyacinths are poking their budding heads up. 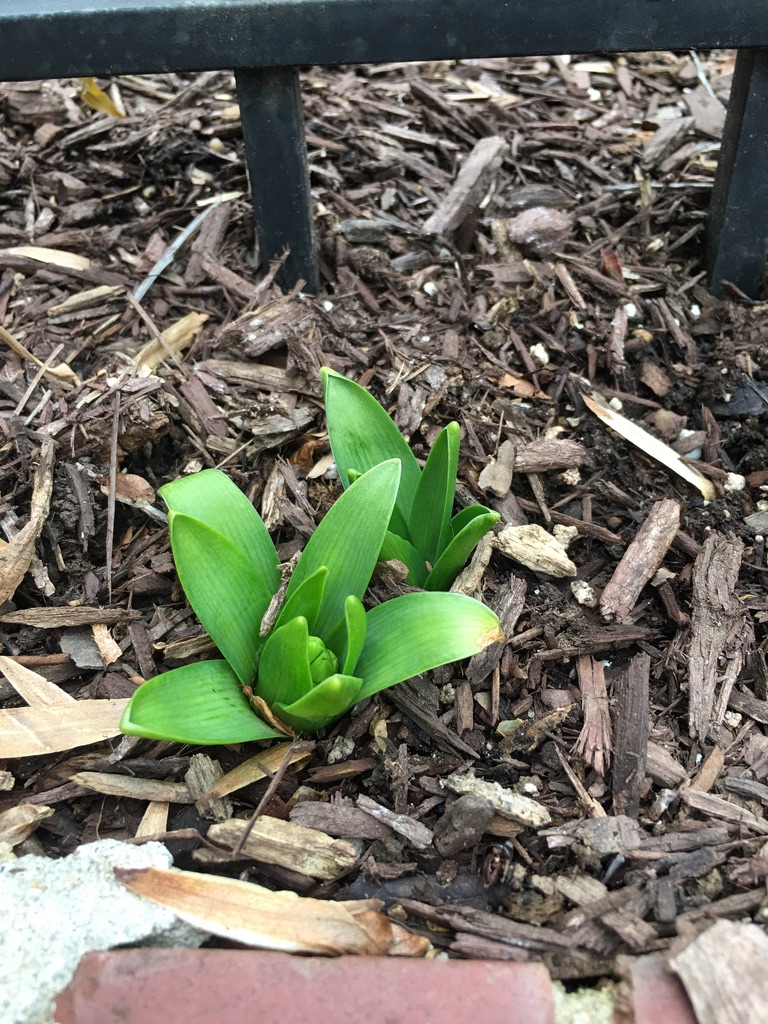 Scottish heather is blooming early, normally it waits till February. 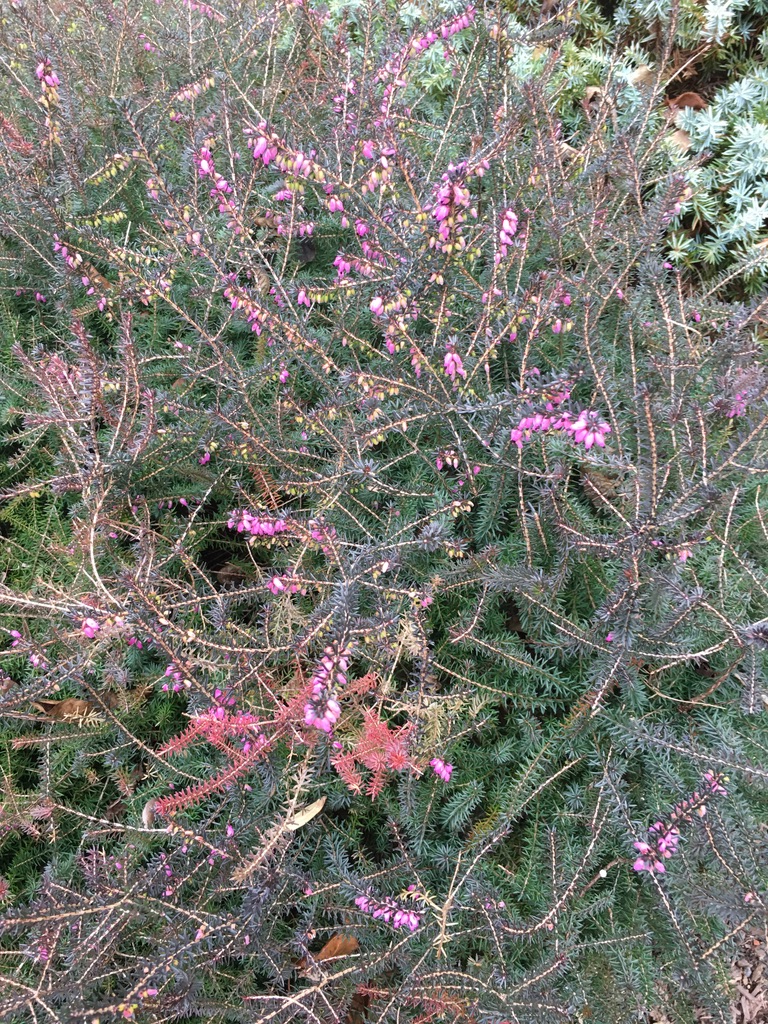 The neighbor’s forsythia is trying to catch up as well. 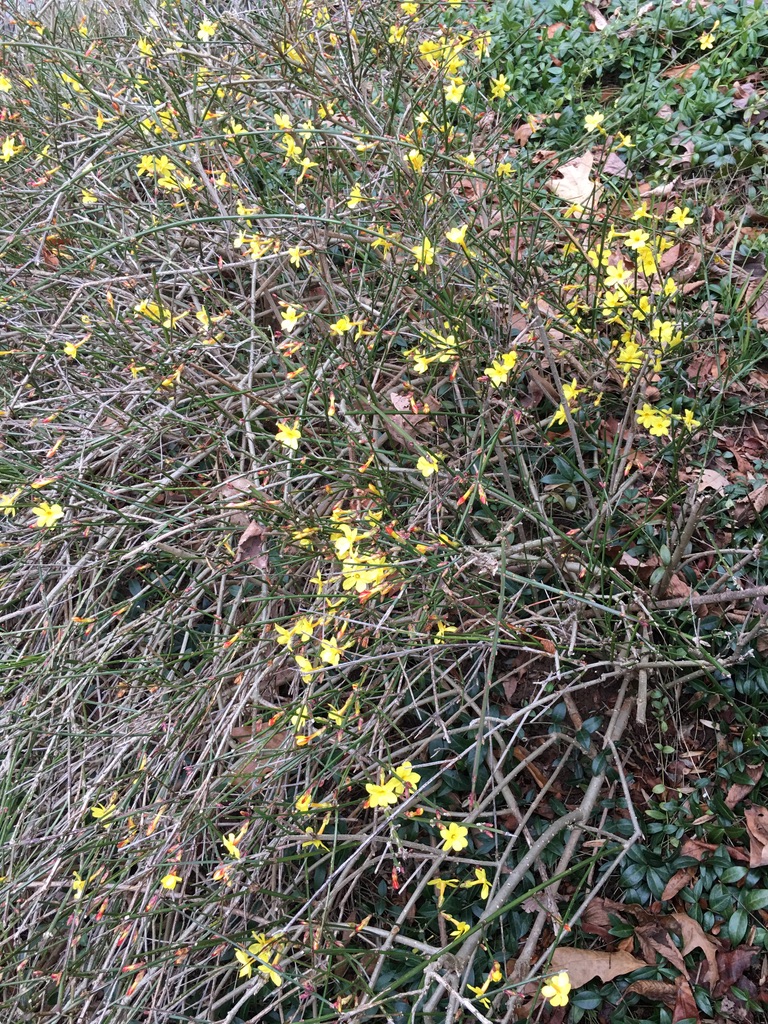 And even my early summer red poppy plant is making an appearance: 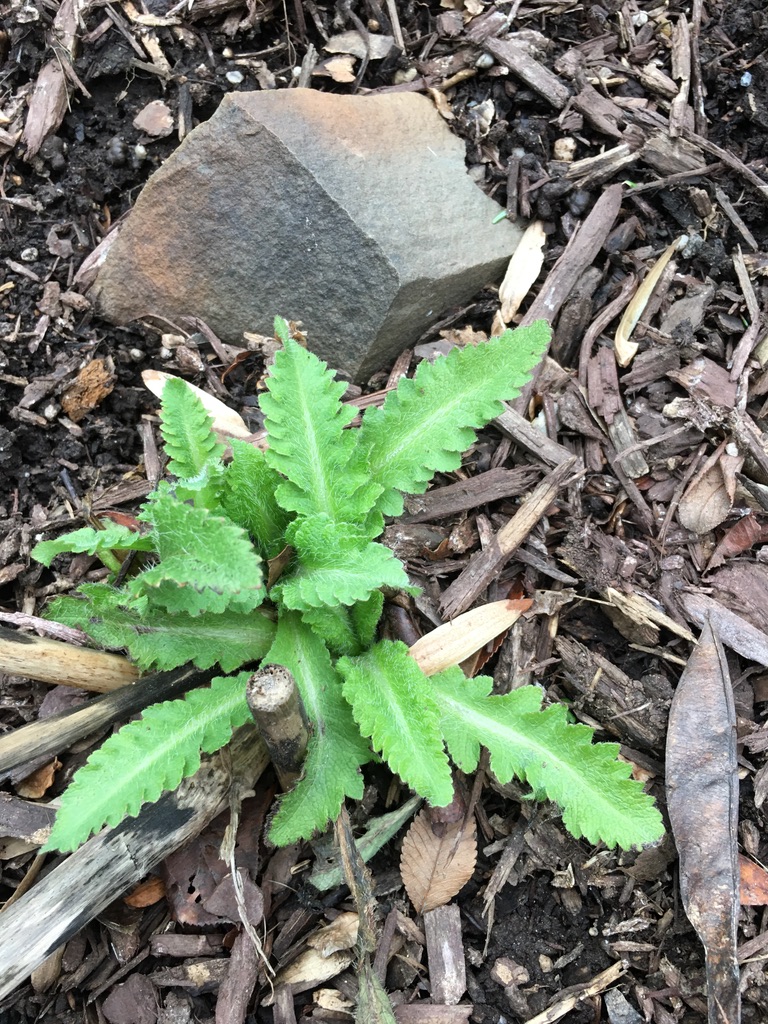 All I can say is that it is good I’m not a skier.  Here is a picture of a popular slope in Europe last week: 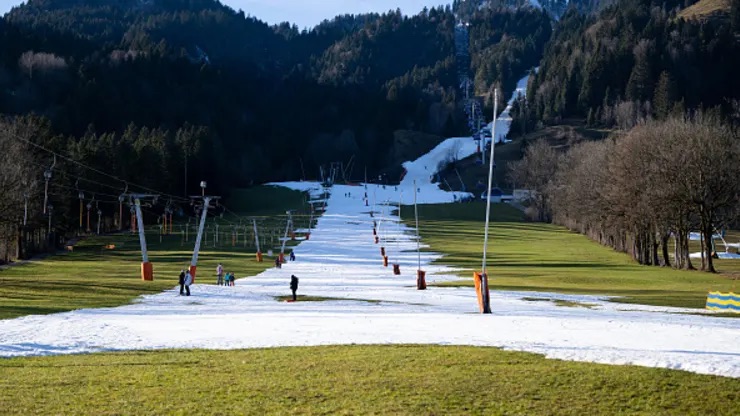 More rain today.  Temperature 45 degrees.  I’ll just have to content myself with memories from 2022. 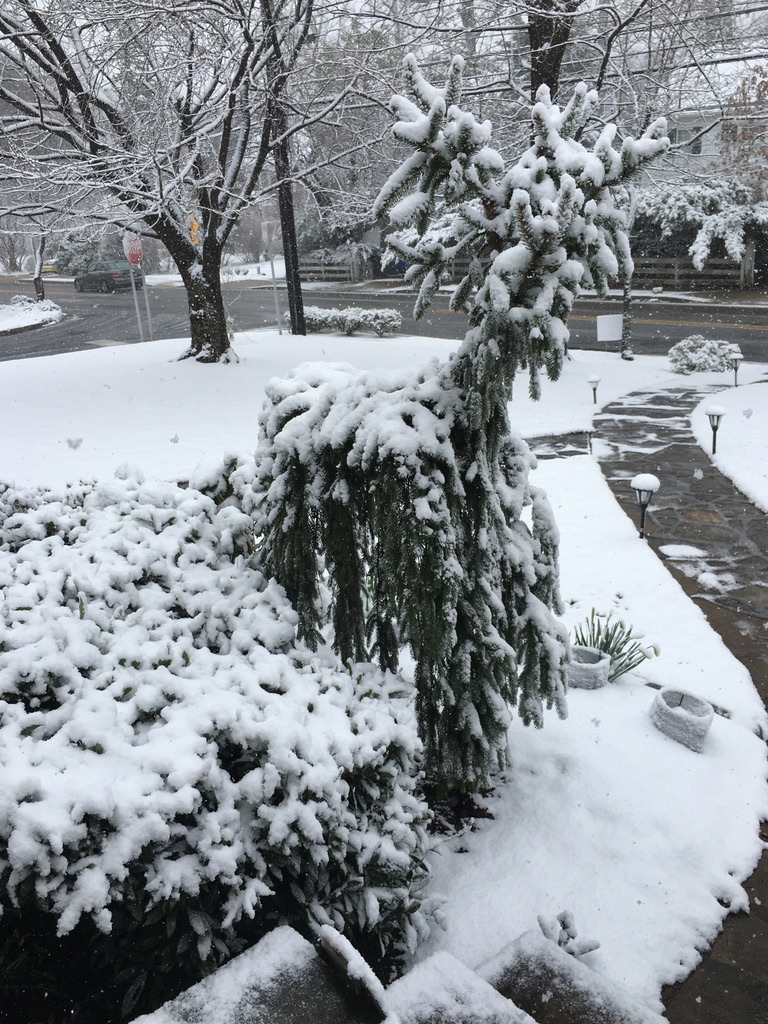 “Grant us Visions That Shall Lift Us”

O God our eternal Father, we praise thee for gifts of mind with which thou hast endowed us. We are able to rise out of the half-realities of the sense world to a world of ideal beauty and eternal truth. Teach us, we pray Thee, how to use the great gifts of reason and imagination so that it shall not be a curse but a blessing. Grant us visions that shall lift us from worldliness and sin into the light of thine own holy presence. Through Jesus Christ we pray.  Amen.

From his final speech: A Word for Today

On April 3, 1968 King told the audience that, if God had let him choose any era in which to live, he would have chosen the present. “Now, that’s a strange statement to make, because the world is all messed up. The nation is sick. Trouble is in the land; confusion all around…. But I know, somehow, that only when it is dark enough, can you see the stars.”

All Of God’s Children….

“Now is the time to make real the promises
of democracy.”

“Now is the time to make justice a reality for all of God’s children.”
– Martin Luther King, Jr.

Toccata on We Shall Overcome by Carl Haywood
Approximately five minutes.   An enjoyable arrangement of a familiar tune.

I received this poem  as a thank you for a donation.  Good way to begin your day.

If you need a real laugh to get going today, scroll to end and watch this climactic scene from an opera.

Not sure it was scripted this way.

From the Fool in King Lear:

Randy Karnes served as CEO of CU*Answers and its multiple offspring in four decades.   He led during multiple technology revolutions.

He posted these comments on the role of AI and machine learning in general, responding to yesterday’s blog written by Playground.

AI and the Author-Artist’s Return on Work

Automation will be able to replace the delivery of such things by emulating the output from stored themes, patterned phrases, and just like students of millions of expressions of facts AI will simply string output together – a modern day scribe, typist, or plagiarist.

But while the output of work product for the economic return on work – the real return is for the author’s joy – the pride in the intellect on display – the heart in the translations of life’s learning and ideas interpreted. AI is a long way from capturing personal returns on being the owner of the work.

It will still be to the artist to generate the  moment of insight that sparks a genuine response amongst the noise of billions of expressions generated by endless data, tireless machines, and endless networks.

For all the noise it is the simplest of silence inspired thoughts–for thought that lights the soul on fire.

The Challenge for Today’s Technology Managers

But I am not sure many consumers today love the work to be the authors or manufacturers of value beyond telling machines to pump it out.

When you considered that my career changed from tech that readied the day for humans to interact around financial service delivery to one that where no humans are needed for 80-90% of the transactions or advice, you can see that less and less value generators or authors of ideas are needed.

Financial Tech was an exciting space of invention, creation, and innovation but more and more it is becoming simply a world of operation, maintenance, and tweaks.

Human workers are simply the lubricant of established systems today and mesmerized to overvalue the tech to be consumed and their role in supporting it – inflated on both sides of the artificial templated transactions.

What are the events to pay attention to going forward  in 2023?

1. Economy: The global economic outlook for 2023 is uncertain due to the continuing effects of the COVID–19 pandemic. Depending on the speed of the recovery, inflationary pressures, and the effectiveness of monetary and fiscal policy, the economy could experience a slow recovery or a rapid rebound.

2. Possible Recession: It is difficult to predict whether or not a recession will occur in 2023. However, many economists are predicting that the global economy could be in for a slow recovery.

4. War in Ukraine: The war in Ukraine has been ongoing since 2014, and there is no end in sight. In 2023, the conflict is likely to continue, with both sides.

The New Year‘s here and it‘s time to go,

New things to try and places to go,

The future‘s filled with so much hope,

Full of chances and a brand new scope.

The nickname for a team called the Commanders suggests that the team is strong, organized, and in control of their destiny. It evokes the idea of a unified group working together to achieve a common goal.

The Source for this Commentary

What is the new AI site Playground and how can a person can test out its capabilities for their use?

It includes a wide range of examples and tutorials to help users get started quickly. With Playground, users can quickly create, train, and deploy machine learning models without having to write code.

Playground also offers a library of community-contributed models, so users can test out models from other users and get inspired.

The final words:  These are is the only words of mine for this post.  Playground did the rest in response to my requests.  The examples are intended to show the site’s versatility and realism.  Now you can go write your own blog or use to post a comment below.

Yes, Virginia, there is a Santa Claus” is a line from an editorial by Francis Pharcellus Church in the New York newspaper The Sun on September 21, 1897.

The exchange became so well know that The Sun  republished it during the Christmas season every year until 1950, when the paper ceased publication.  The writer’s  response outlives the event and his paper.

Is there a message beyond this recurring seasonal query?

Here is the letter:

Dear Editor, I am 8 years old.

Some of my little friends say there is no Santa Claus.

Please tell me the truth, is there a Santa Claus?

Virginia, your little friends are wrong. They have been affected by the skepticism of a skeptical age. . .

Yes, Virginia, there is a Santa Claus. He exists as certainly as love and generosity and devotion exist, and you know that they abound and give to your life its highest beauty and joy. . .

Nobody sees Santa Claus, but that is no sign that there is no Santa Claus. The most real things in the world are those that neither children nor men can see.  . .

Only faith, fancy, poetry, love, romance can push aside that curtain and view and picture the supernal beauty and glory beyond. Is it all real? Ah, Virginia, in all this world there is nothing else real and abiding. . .

Are Credit Unions for Real?

At a point every movement founded on goodwill will have sceptics.  Even credit unions.

Some today see the cooperative credit union model as only nostalgia.  Similar to listening to sports on radio, two-a-day newspapers, and created in an era when congregations were standing room only on Christmas eve.

Those times are gone.  Today the future for cooperatives is to match their bigger, stronger and more influential competitors.

These sceptics put their faith in numbers, the higher the better.  The idea that members should share in the first fruits of their collective effort is seen as naive in a competitive market.

Whether large or small, the founders’ belief that credit unions  should serve the well-being of all-even those who have the least or know the least about finances-is passe.  Especially when AI based lending can do it all–faster, cheaper, and more fair.

The Most Real Thing

Members’ faith and loyalty create trust, the foundation of any sustainable relationship-whether commercial or personal.  Credit unions empower with service that “makes glad the heart.”

Uplifting peoples’ and communities lives can be “the highest beauty and joy.“ This purpose  ignited tens of thousands of founders, differentiates still  and will be  relevant “a thousand years from now.”

Santa’s commercialization and consumerism is just one side of the story.  It invokes an image  to put a shiny veneer on profit making.

The editor’s letter  presents why this character’s symbol continues to fascinate children of all ages.

And that same understanding is what will make credit unions, at their best, a “real and abiding” movement for future generations. 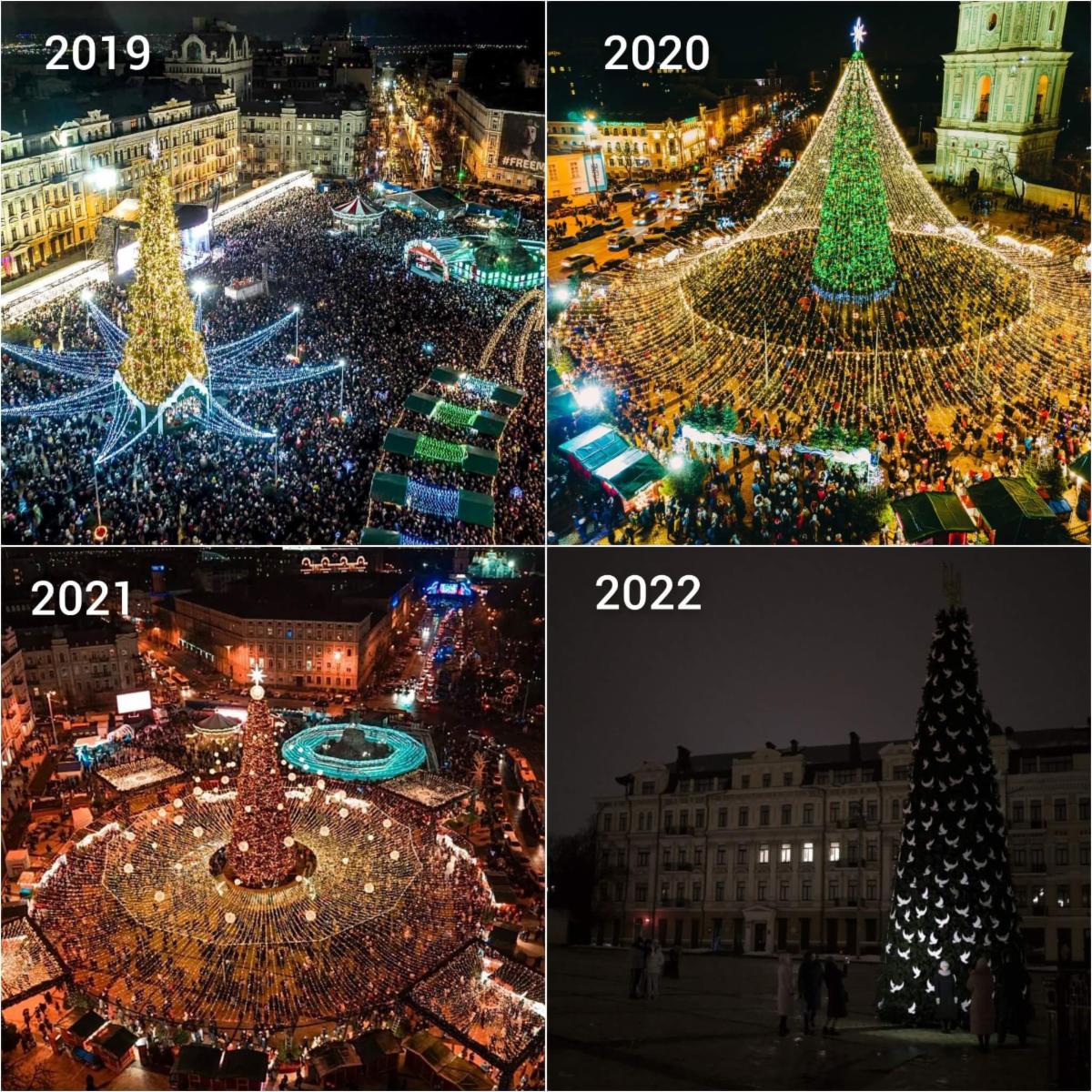 Dawn at the Christ in the Desert Monastery 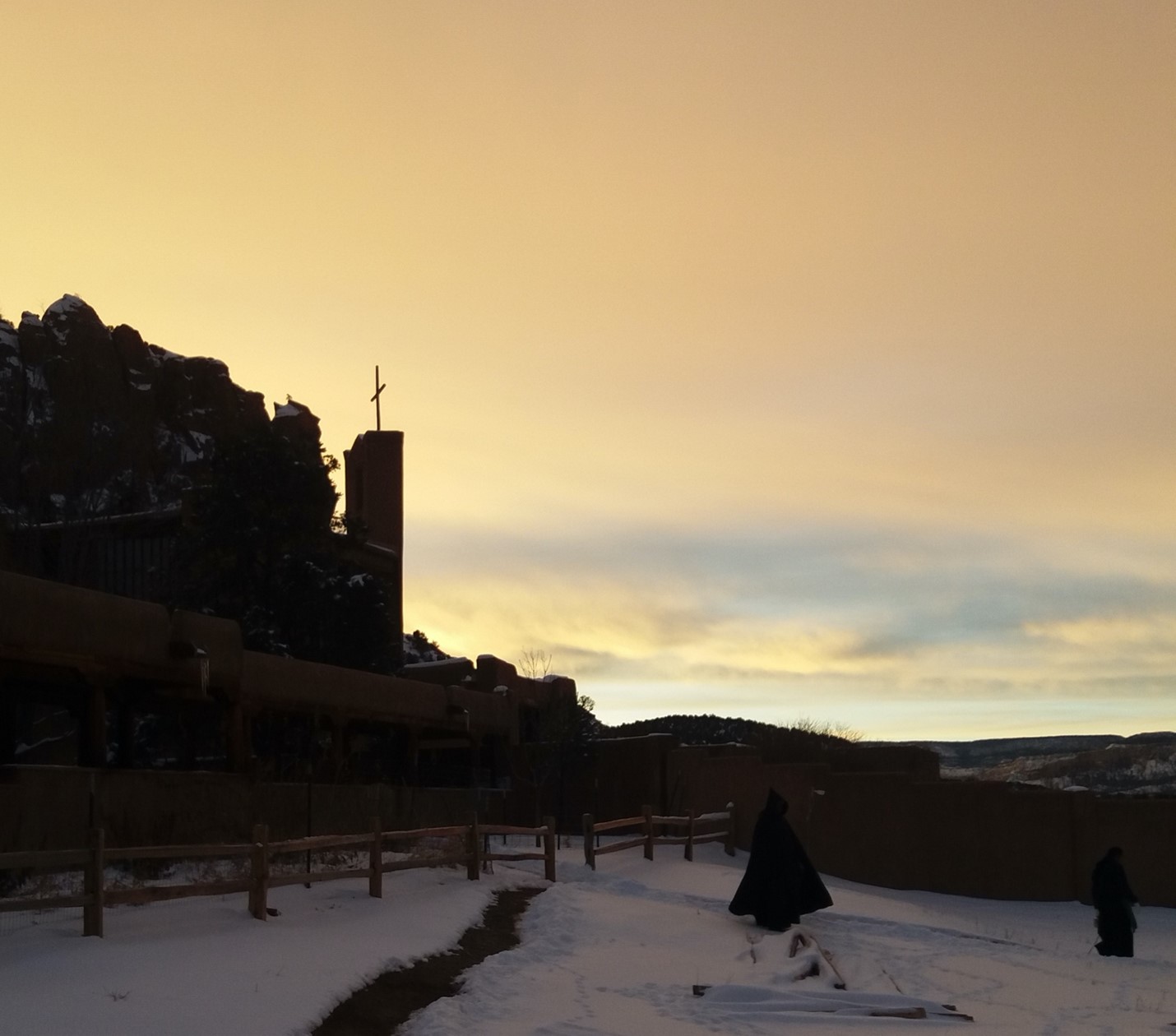 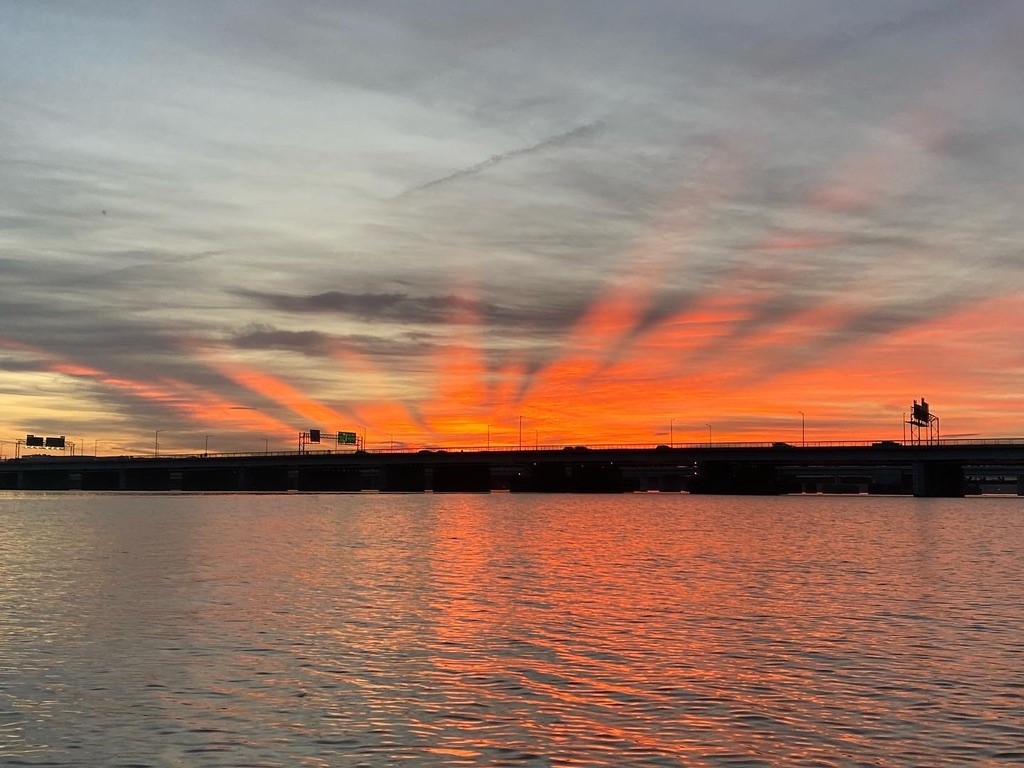 (Photo by Lee A. Patterson)

For from the least of them to the greatest, all are greedy for gain; from prophet to priest, all practice deceit. They dress the wound of My people with very little care, saying, ‘Peace, peace,’ when there is no peace at all.

Patrick Henry 1775: Gentlemen may cry, Peace, Peace– but there is no peace. The war is actually begun! The next gale that sweeps from the north will bring to our ears the clash of resounding arms! Our brethren are already in the field! Why stand we here idle? What is it that gentlemen wish? What would they have? Is life so dear, or peace so sweet, as to be purchased at the price of chains and slavery? Forbid it, Almighty God! I know not what course others may take; but as for me, give me liberty or give me death! 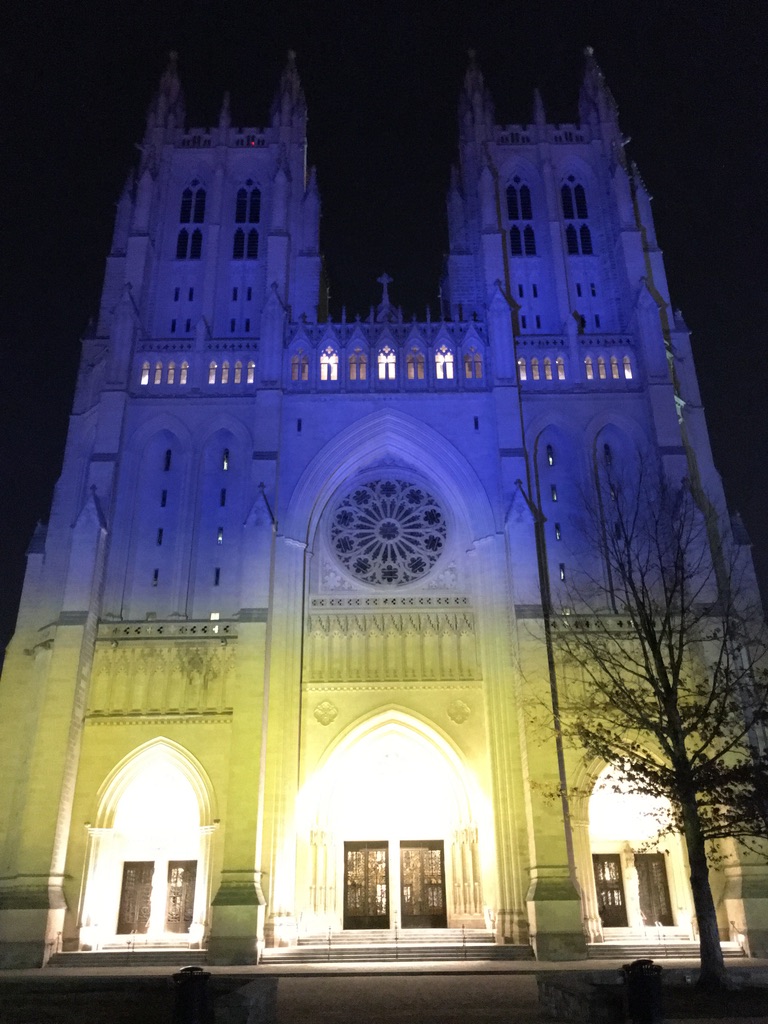 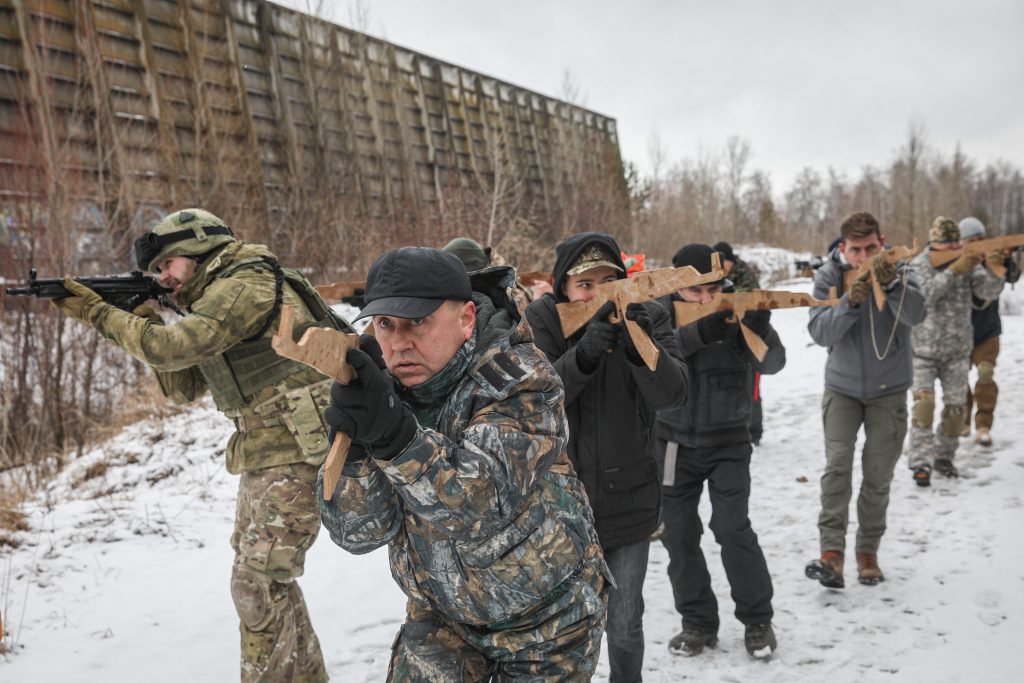 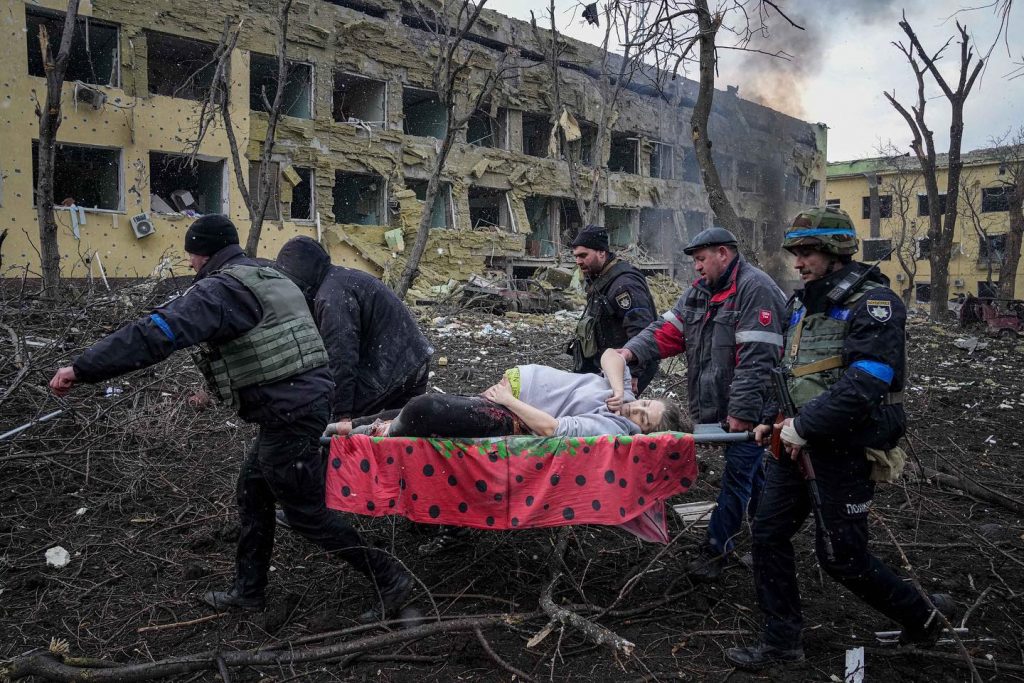 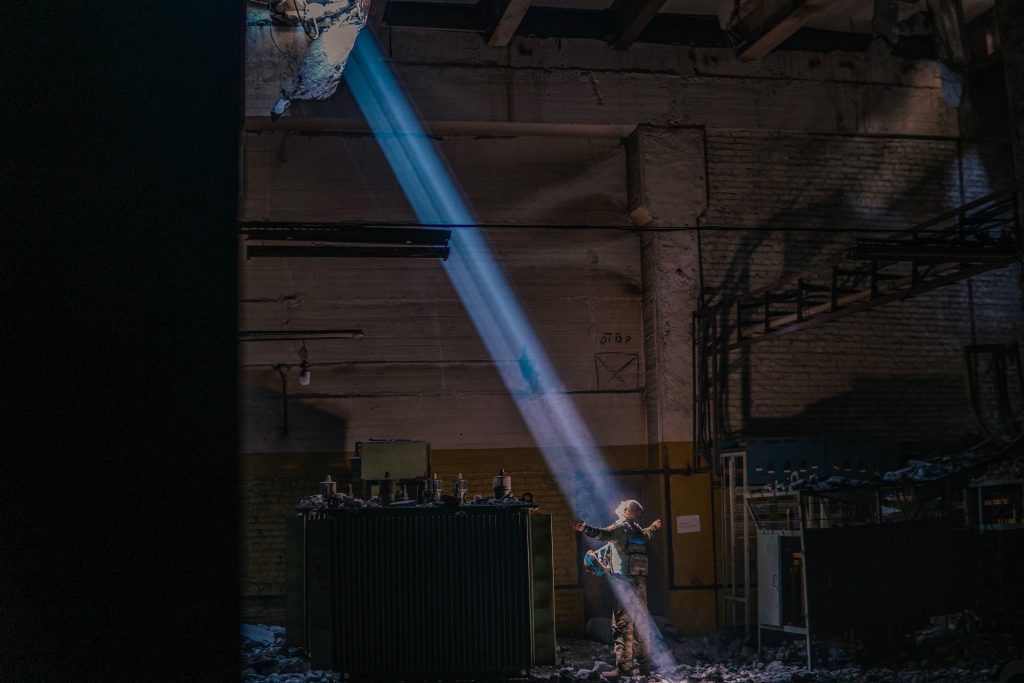 A defender at the Azovstal iron and steel works in Mariupol 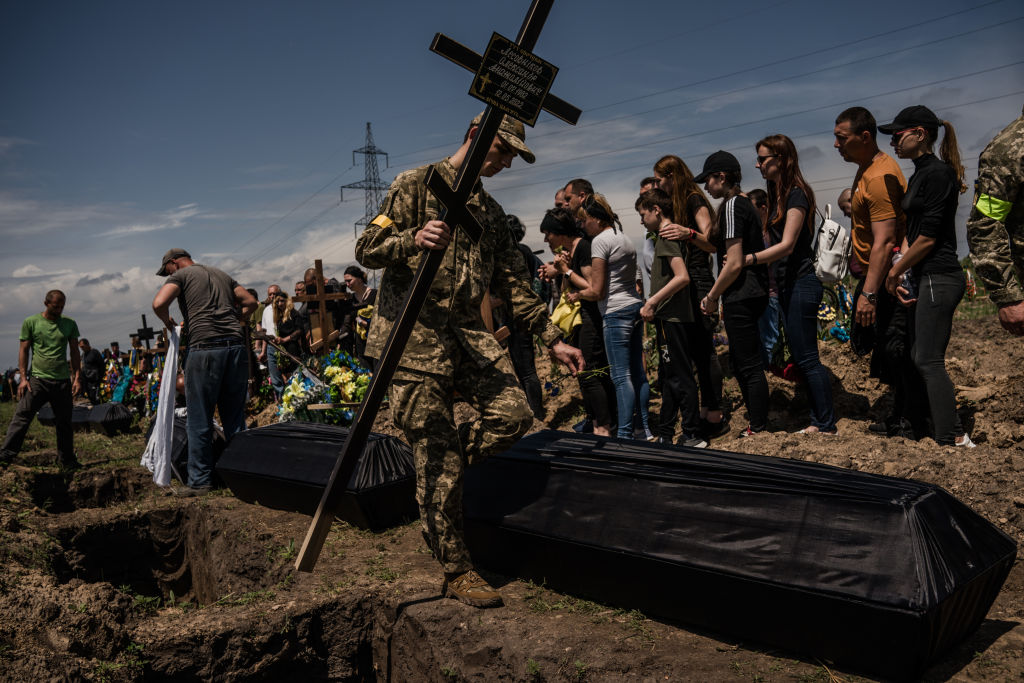 DNIPRO, UKRAINE – JUNE 3: The funeral ceremony for 27 Ukrainian serviceman who died fighting with the Russians in the eastern front-line, in the military part of Krasnopilske cemetery in Dnipro, Ukraine, on June 3, 2022. 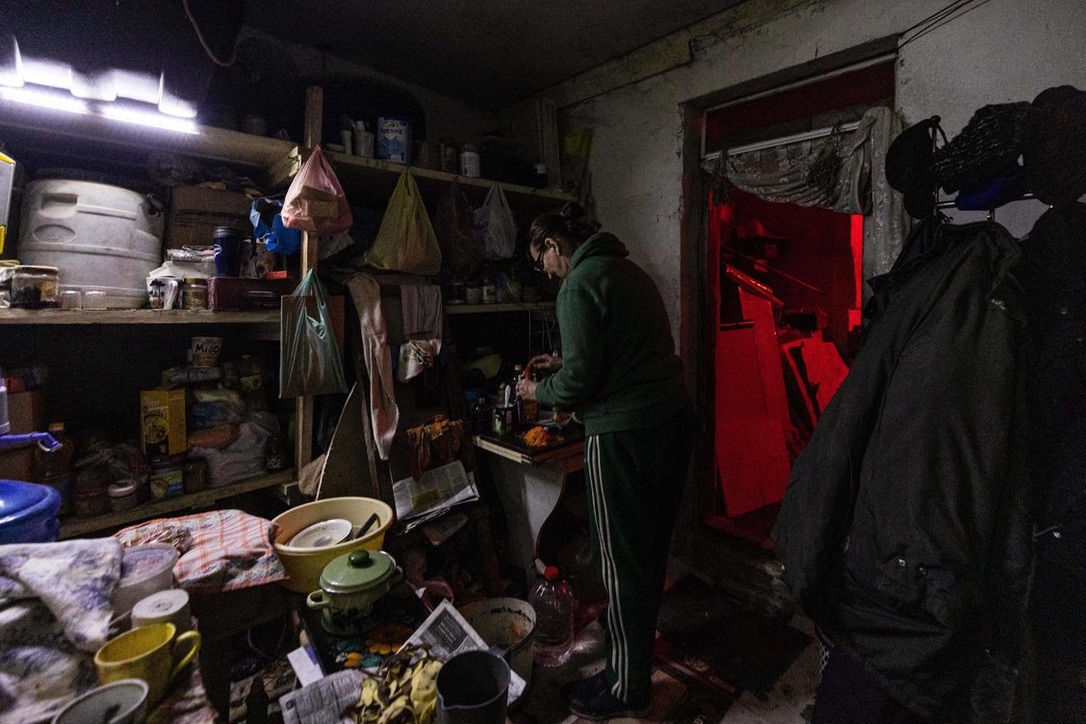 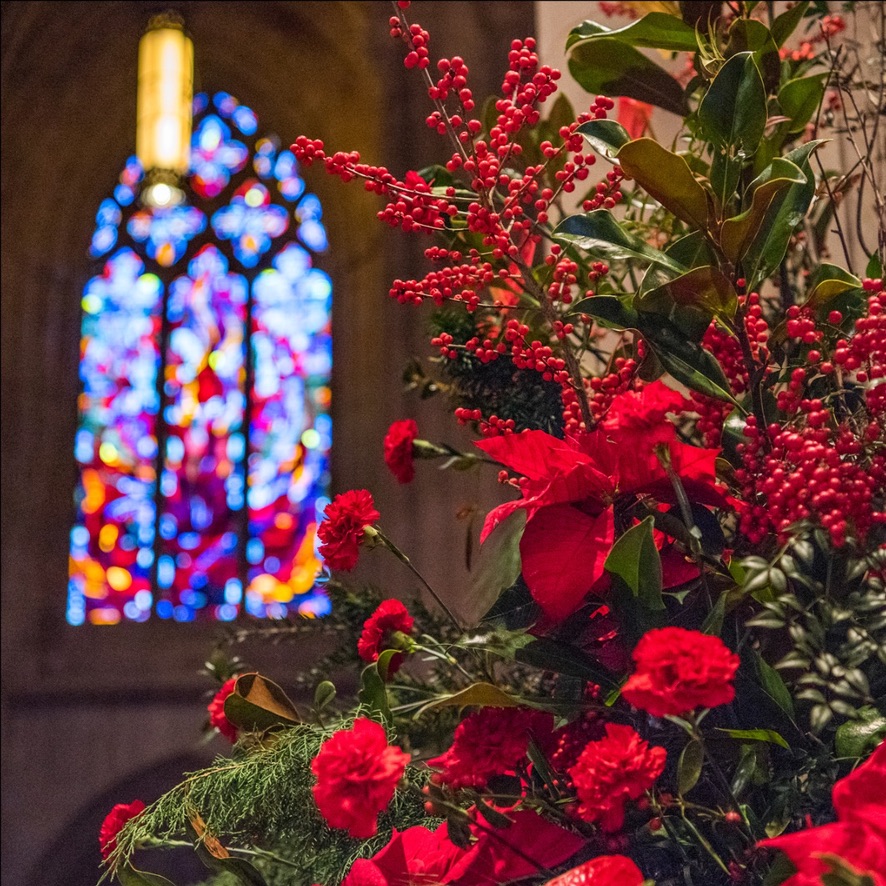