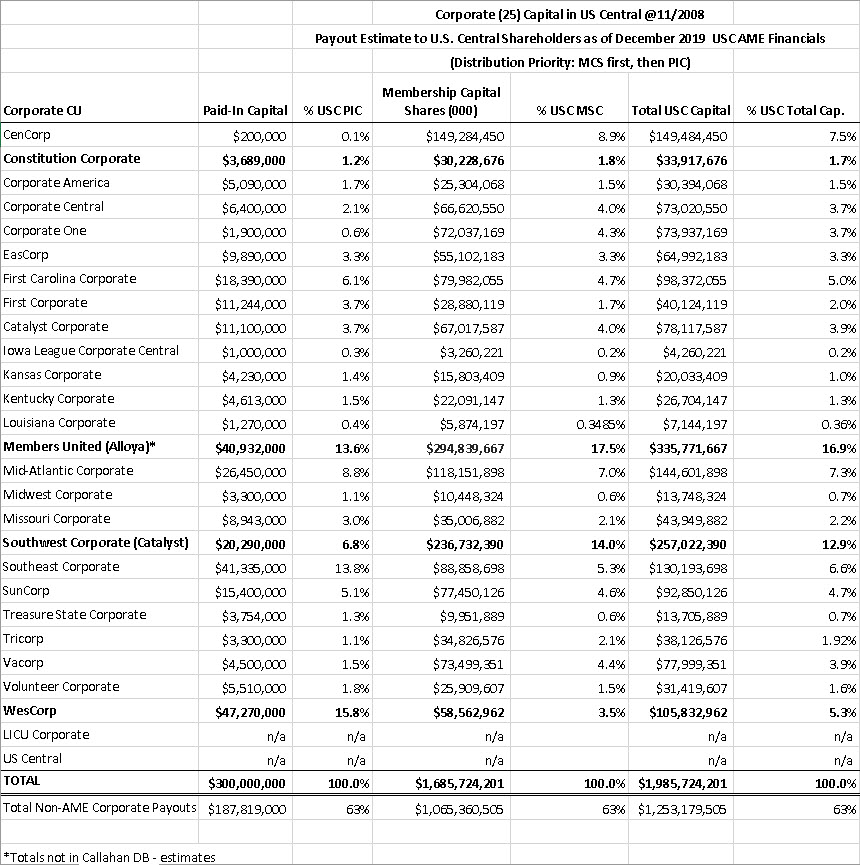 The projected repayments to the shareholders of the five corporates are as follows:

The above amounts are a $90 million gain since the September 2019 numbers were released. With interest rates at all-time lows, the securities used to underwrite the NGN program, have undoubtedly gained additional value since December.

The NGN program ends in 2021, one year away. But the ability to return these funds now could significantly help both the 11 corporates and the thousands of credit union shareholders of the three corporates right now. Knowing that these repayments would be added immediately to capital would empower receiving credit unions to make more informed decisions about current member assistance programs. Every corporate and natural person credit union was sent a receiver’s certificate for their share balance. Now is the time to cash these out.

Three years ago NCUA figured out how to end the TCCUSF early and then subsequently closed several NGN trusts before maturity. These almost $3.0 billion  credit union repayments are sitting idle.

The coincidence that these surplus funds from the Great Recession over ten years ago could help in this latest economic crisis is at best ironical. But what would be worse is if the funds accumulated due to serious misjudgments about the actual condition of four of the corporates in the earlier crisis, should once again be unavailable when most needed.

That would indeed be an act of “double jeopardy” by NCUA.