The Elephant Whisperer is the story of a person who lived with elephants on a game preserve to try to preserve a “rogue” herd.

The author Lawrence Anthony devoted his life to animal conservation protecting the world’s endangered species. He was asked to accept a wild elephant herd on his Thula Thula game reserve in Zululand. His common sense told him to refuse, but he was the herd’s last chance of survival: they would be killed if he wouldn’t take them.

To win the herd’s trust, he had to convince the Matriarch  of the herd. The eldest female is the leader, until she relinquishes it. He slept in his Land Rover near them until they accepted him.

In the years that followed he became a part of their family. In creating a bond with the elephants, he came to realize that they had a great deal to teach him about life, loyalty, and freedom.

He learned elephants mourn their dead , and recall the time lapse of a year to the day of death to assemble round the remains.  When Lawrence Anthony died in 2012 , they gathered  to mourn him.

The Instincts of the Herd

Elephants care for newborns together.  When one is unable to stand up to nurse, they surround to help lift her up to the mother. Sometimes realizing the infant needed more nutrition, they would seek out Lawrence and his team.

The elephants thrive very much together, protecting and playing with each other but ferocious if threatened.  They will accept help from humans they trust.

An iconic picture of this group effort is when the herd will lie down to sleep for several hours each day.   As shown below the matriarch is at the top, the smaller, younger elephants protected by the older ones.   Most importantly, the picture shows how each member stays touched by another as they sleep. 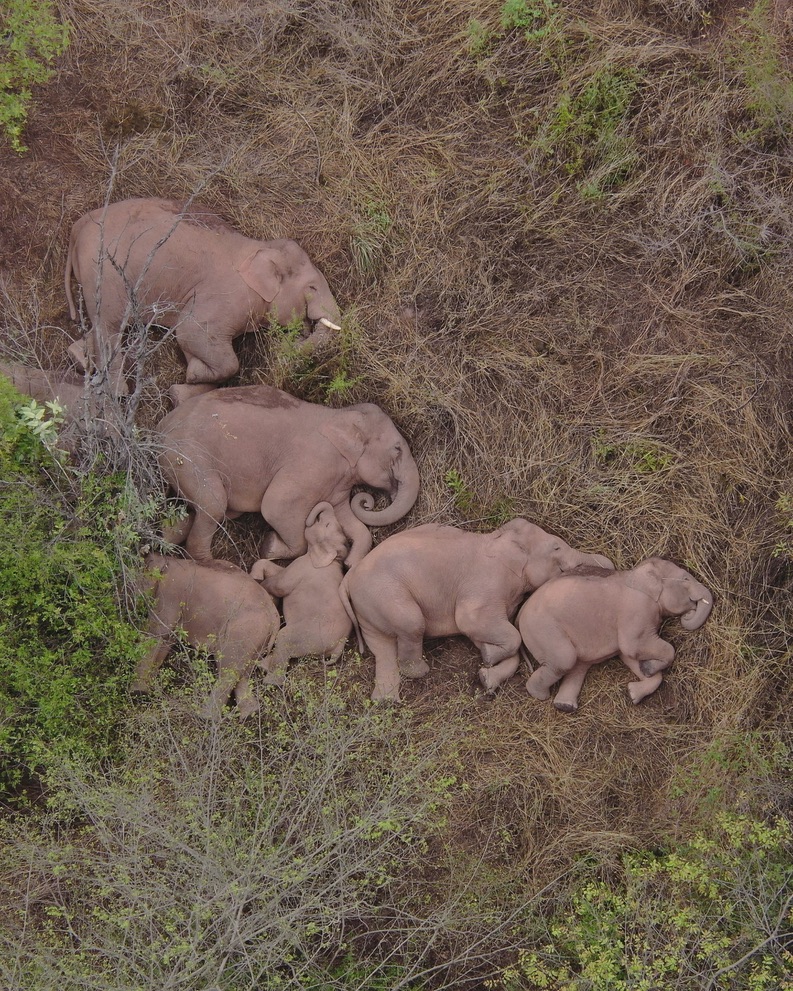 Is there a lesson for cooperatives from this natural behavior of the world’s largest land animals?