Today is NCUA’s public hearing on its proposed $367 million budget for 2023.

Inflation is the number one topic on many people’s minds.  An NCUA board member has presented numerous examples on  LinkedIn  of the impact of inflation on consumers. The posts include reporting on  the price of beer in sports stadiums, the cost of a Five Guy hamburger and presenting the two decade chart below tracking  price increases in various sectors of the economy.

Now he is in a position to do something about his observations.

NCUA’s Spending and Price Increases in the Economy

The Bureau  of Labor Statistics chart below is a 21-year history of the price changes of various services and products from 2000 through June of 2022.  The changes are compared with  the  average hourly wage increase.

Some services or products are “more affordable” as their price changes are less than the increase in wages.   The “less affordable” group have seen prices rise faster than wages.

The  overall inflation in the period is 74.4%.  The highest increase in this 22 years  is in hospital costs with a  240% price surge, just ahead of college tuition.

At the same time TV’s, computer software, and cell phones have become more affordable with price rises less than the increase in wages.

Where would NCUA’s ever swelling growth in total regulatory costs paid by credit unions be on this chart ?

NCUA is Number 1: What to Look for in  Today’s Hearing

NCUA’s proposed new budget would result in a  283% increase for this 22 year period.  This places the agency number 1, at the very top of the chart of price escalations across all sectors of the economy.

Inflation is the most urgent  economic challenge facing the country.   The only sure way dealing with this challenge is to reduce costs.  Companies across the economy have announced hiring freezes and layoffs to control their ability to compete.

Even some credit unions are announcing layoffs especially in their mortgage lending personnel.

The issue for the NCUA board members is whether they just want to talk about inflation; or, will they have the courage and capability to do something about it in this area of their direct responsibility? 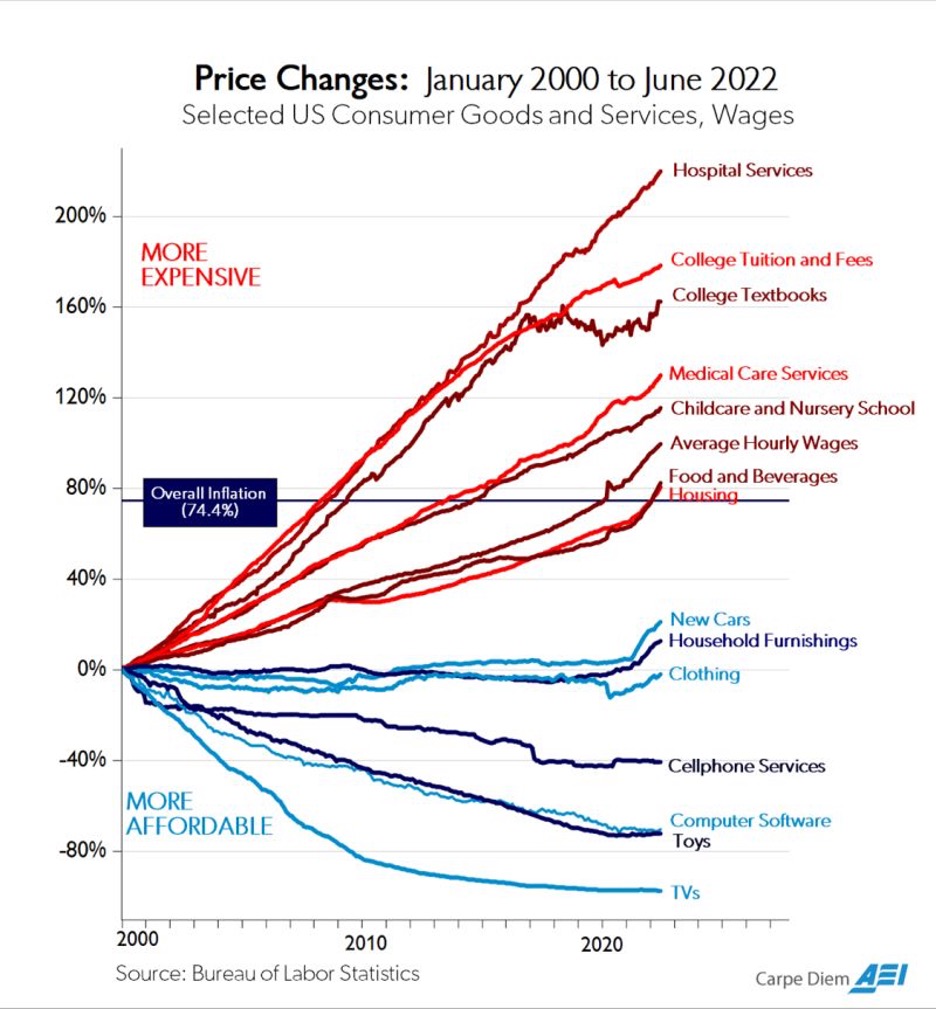 One Reply to “NCUA’s 2023 Budget Hearing and Inflation”