Let’s go forward courageously; and forthrightly deal with the most important issue confronting the Credit Union Movement. No, it’s not taxation, the banks, CFPB, nor the NCUA. Our most pressing challenge is “dress down Fridays” or “business casual” if you prefer.

Business-casual – actually “business sloppy” is a good bit more descriptive – has become a fashionable idea in some credit union circles. Many progressive Boards and managers, who support the wind whichever way it blows, have adopted this new benchmark for professional attire. The “new look”fits well on the revisionists’  list of “new age” credit union principles – few, of which, are worth dying for.

Proponents assert that the new dress standards create a more relaxed work environment; make employees feel more comfortable; boost morale; and are strongly supported by the membership. Yeah, un-huh! I guess the best that can be said for this type of slender logic is that it’s only mildly “robust”!

It truly comes as a surprise to some of us that we are supposed to feel all “cozy and comfy” at work and should treat our duties in a relaxed, casual manner. 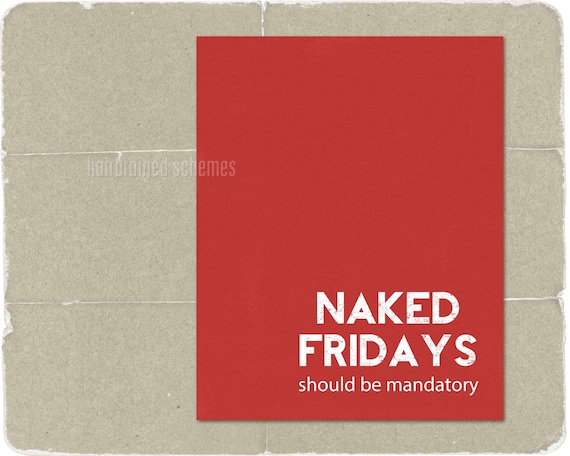 Old Fogey! Old Fogey! I can hear you crowing all the way from here! But, let’s compromise. If dressing down is truly good for the Credit Union Movement, let’s really go for it! Let’s take it to the limit with the ultimate Dress Down Day – Naked Fridays! It could work wonders with the membership! For example, Naked Fridays will definitely build member traffic; grousing about long lines will decline; and no one will ever again notice if a teller fails to smile.

This idea was broached recently with our staff.

Their reaction broke down into two distinct groups: those who were indignant and those who were very indignant! There were some surprises, however, among the actual responses. Older employees, figuring they had more to gain than lose, unanimously supported the proposal. Female employees were particularly difficult to convince. They did not object, in general, to the concept; but argued forcefully for a pay differential since they felt they added greater value. Equally disruptive, the female staff adamantly refused to pledge not to giggle around their male co-workers!

One previously ardent advocate for “business sloppy” became particularly incensed when she was asked how she would feel about coming to work on Fridays naked. It was an innocent enough question; but she became enraged; started yelling wildly; and pointed her finger decisively at me. I won’t tell you what she said, nor which finger she was pointing; let’s just say it wasn’t very pretty!“Communications” around the Credit Union were, at least, “really good” for a week or so… 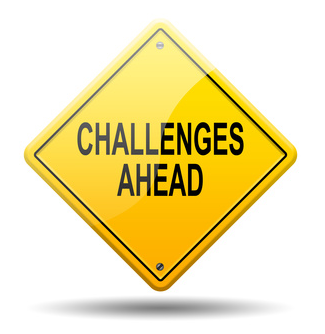 Although a final decision has not been made, we probably will not go forward with the “Naked Friday” idea. There are just too many unresolved questions. Y’know the devil is always in the details. For example, would it be appropriate to ask or comment about a co-worker’s previously unrevealed tattoos?  Does failure to look a co-worker in the eye constitute sexual harassment? Should items dropped on the floor be picked up? It all just gets too complicated!  Besides, the Accounting Department started cautioning about higher heating and maternity leave costs. They’re always so drudgingly practical! The Internal Auditors did feel, interestingly, that the absence of pockets might help improve internal controls.

And, Marketing – bless their hearts – tried to stay upbeat with slogans such as: “We’ll give you the shirt off our backs” and“No Hidden Fees; No Hidden Costs; No Hidden Anything!”

We did have a couple of “King Solomons” who proposed several “simple solutions”. One was the “just blue jeans alternative”. But it was quickly killed, because most of us are of such an age that we are painfully aware of how we now look in blue jeans. We understand that we are the reason that overall denim sales have soared while the number of pairs sold has remained constant.

Others called for “Theme Days”, when we would all dress alike around a common idea. This suggestion held much support until the wags began calling for Lady Gaga Mondays, Tacky Tuesdays, Dress-in-Drag Wednesdays, and No Bath, No Makeup Thursdays. And, lastly, for what it’s worth, I tried not to take it personally when that outraged employee, previously mentioned, called pointedly for “Idiot Days”.

Oh, well, who knows? Maybe we will eventually find an answer. Until that time, I guess we’ll continue to operate as though each of us truly needs our job; as though what each of us does is vital to the success of the Credit Union; as though being fashionably average is not good enough; as though Credit Unions are not a competitively protected class; and as though we’re here to raise the standard, not “lower the bar”.