In the gaggle of bipartisan congress speakers, the nobility of CUNA praising attendees, the inside the beltway literati’s wisdom, and the obligatory regulatory updates, there is one person who  missed his scheduled talk.

Chef and humanitarian José Andrés was to participate in a fireside chat with National Credit Union Foundation Executive Director Gigi Hyland on Monday.  The public purpose was to talk “how he lives out the ‘people helping people’ mission through his global humanitarian efforts as a passionate human rights advocate.

Chef Andres is not in Washington DC.  He was on the ground feeding refugees at the Polish-Ukrainian border where his World Central Kitchen has served more than 8,000 meals.

In a TV interview last night, his destination today was to go into Ukraine.

Chef Andres work in places of natural disaster such as Haiti, flood and hurricane regions of the American south and throughout the world have been widely reported.

In March 2020 I witnessed his work locally.   The entire economy had been shut down.  Restaurants were closed, but Chef Andres kept his Bethesda location, Jaleo open.  His staff was still employed providing free meals for several hours each day to workers and anyone else who needed access to food. 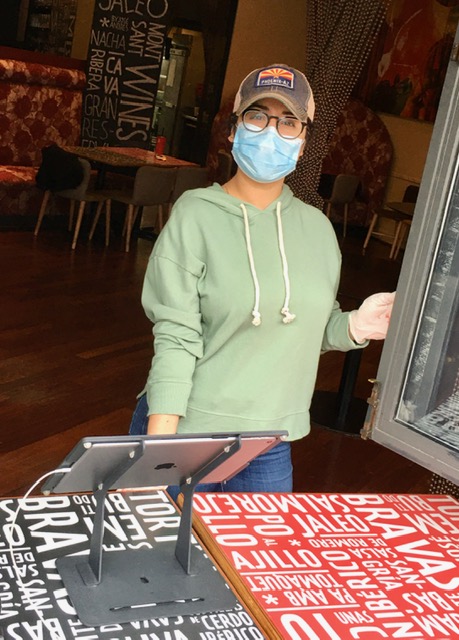 The occasion for his absence may say more than an appearance at GAC could have ever accomplished.

For Jose Andres embodies an aspect of “people helping people” that is often overlooked: he runs, not walks, toward danger, need and human suffering.

Some of the most powerful examples of the cooperative model at work are when leaders walk toward, not away from their member’s needs.  Here are some examples:

In the national Covid economic shutdown in March 2020 there are thousands of examples of credit unions willing to walk in the members’ shoes, share their collective capital by waiving fees and giving loan payment holidays all the while setting up remote delivery options literally overnight.  Employees worked from new home offices and kept their full pay.

Perhaps the most consequential example was when I watched the CEO of the second largest credit union in America offer the senior management of NCUA a solution to the Corporate crisis in early 2009.  He said his credit union and his peers would buy all the legacy assets and carry them on their books if NCUA would guarantee no loss of principal.  He was turned down.  NCUA instead guaranteed wall street investors in the NGN program so they could walk away from the problem.

The cooperative model is unique in its capacity to walk the extra mile for its members when they are in harm’s way.   That is what self-help means.  Putting member needs first in all circumstances.

I don’t know what Chef Andres would have said in a “fireside chat” at the GAC.  However I believe his personal witness is more important than any words he may have used.

I would hope his example might inspire everyone to ask again what our slogan of “people helping people” means in today’s world.