Several observations from the Ukraine war.

From a post by an American leaving the country with his Ukrainian wife:

I wasn’t a big fan of President Zelensky when he was elected. My wife and our friends didn’t support him; they didn’t think the former comedian was serious or particularly effective.

But in the past few days I’ve seen that the man has balls of steel. I get goosebumps when I watch him speak. This is a man who leads from the front. As Nassim Taleb would say, he has skin in the game. If he loses—if Ukraine loses—he’s going to lose his life. I respect him so much now.    Eugene Katchalov

“How Can Man Die Better Than Facing Fearful Odds”

Then out spake brave Horatius,
The Captain of the Gate:
“To every man upon this earth
Death cometh soon or late.
And how can man die better
Than facing fearful odds,
For the ashes of his fathers,
And the temples of his Gods.”

Haul down the bridge, Sir Consul,
With all the speed ye may;
I, with two more to help me,
Will hold the foe in play.
In yon strait path a thousand
May well be stopped by three.
Now who will stand on either hand,
And keep the bridge with me?

I have not been able to stop thinking about the Ukrainian woman who was filmed approaching a Russian soldier, offered sunflower seeds, and said:

Sunflowers are the national flower of Ukraine.

In so much of life, it’s not clear where exactly truth or justice lie . . . what balance between alternatives is best . . . what compromises are most reasonable.  All that.  For sure.

But other times, there is clear good and evil.

In order to reach audiences across Ukraine and in parts of Russia, the BBC will start a daily shortwave transmission to ensure access and the “resilience of its news operations.” Listeners can tune their receivers to 15735kHz from 18:00-20:00 and 5875 kHz from 00:00-02:00, Kyiv time. Shortwave radio is difficult to disrupt or censor. It is also useful for emergency communications in the event that internet connectivity or other radio signal is lost.  (Kiev Independent)

The National Agency for the Protection against Corruption has stated that captured Russian tanks and equipment do not need to be declared to tax authorities. This is because the value of this “crap” does not exceed 100 living wages. . . On a serious note, it said that war trophies are untaxable.    March 3, 2022  (Kiev Independent)

ART and Life Together 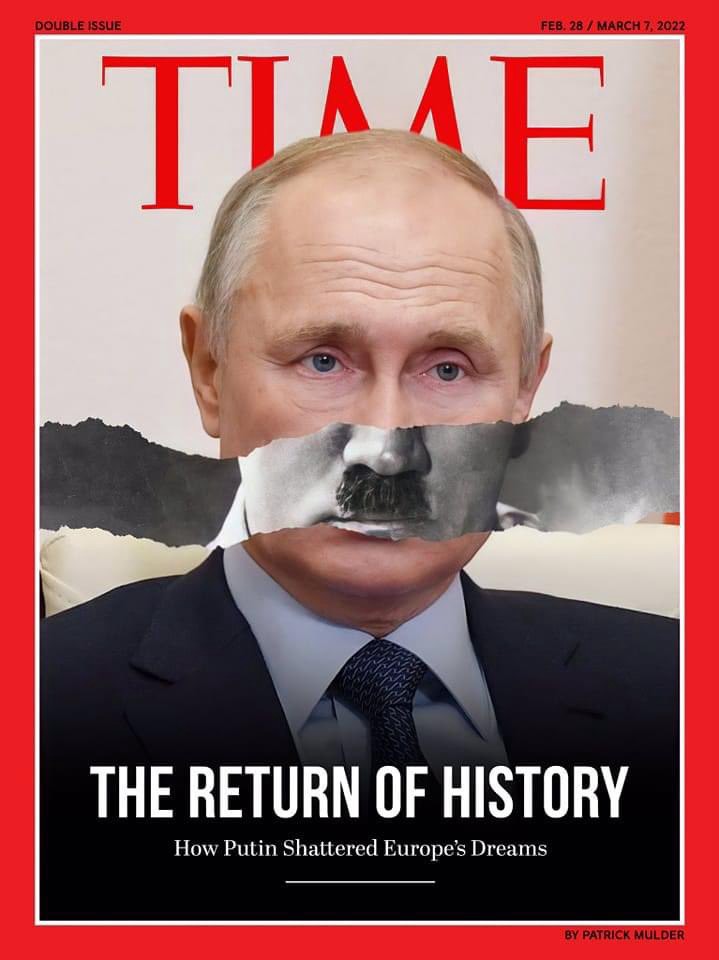