Voting is the life blood of democracy.  For both political leadership  and within organizations.

Some firms, such as IBM, encourage their stock holders to vote at the annual meeting:

To express our appreciation for your participation, IBM will make a $1 charitable donation to Opportunity@Work on behalf of every stock holder who votes.

Voting is integral to credit union design.  This is the season for annual meetings with members electing their directors.  Unfortunately actual voting is rare.  Most vacancies are filled by acclamation as the number of candidates equals the open seats.

Now CUNA has begun a campaign to encourage member voting. As reported in CU Today:

WASHINGTON–CUNA has relaunched its “Credit Unions Vote,” a campaign focused on getting credit union members to vote in the 2022 midterm election. The campaign ties civic engagement to credit unions’ ability to improve financial well-being and advance local communities, CUNA said. 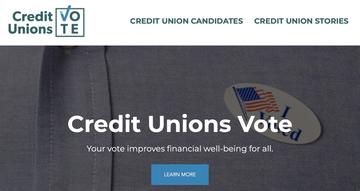 “Credit unions understand that elections affect their members’ financial well-being,” said CUNA Deputy Chief Advocacy Officer for Political Action Trey Hawkins. “With the Credit Unions Vote campaign, we will reach out to America’s credit unions providing them with resources to encourage their members to play an active role in both their primary and the November election.”

If CUNA wants to encourage member’s good voting habits, why not begin by promoting elections at credit union’s annual meetings?

That would seem a more immediate way to illustrate the power of the franchise and their well being.