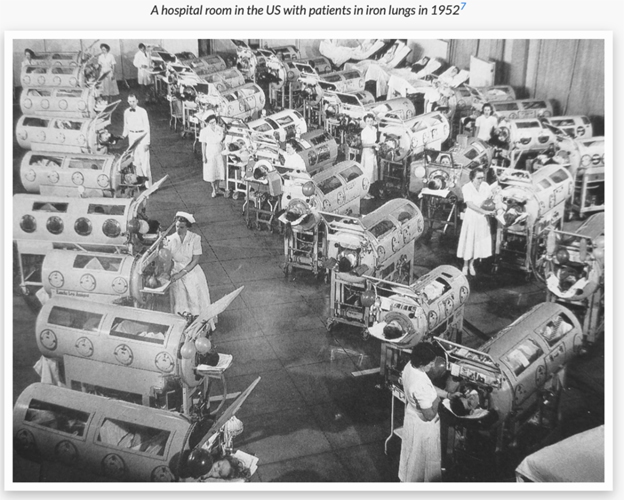 Franklin Delano Roosevelt, an adult victim of polio, founded the National Foundation for Infantile Paralysis, which he later renamed the March of Dimes Foundation, on January 3, 1938.  Those who survived the disease usually suffered from debilitating paralysis into their adult lives.

Since 1946, Franklin Delano Roosevelt, 32nd President of the United States, has been  the face on the dime coin  because of his drive to stop polio.

A President confronting a national epidemic and personal tragedy by  leading  efforts to cure polio.