Chairman Matz deflects all these documented “mistakes” to staff. When asked if it might be helpful to have direct credit union input and communication on the Agency’s budget, Matz replies, “it would not be effective.”

Todd Harper sits to Matz’s left alongside her other senior staff. His role: Director of the Office of Public and Congressional Affairs and Chief Policy Advisor to the Chairman (2011-2017). 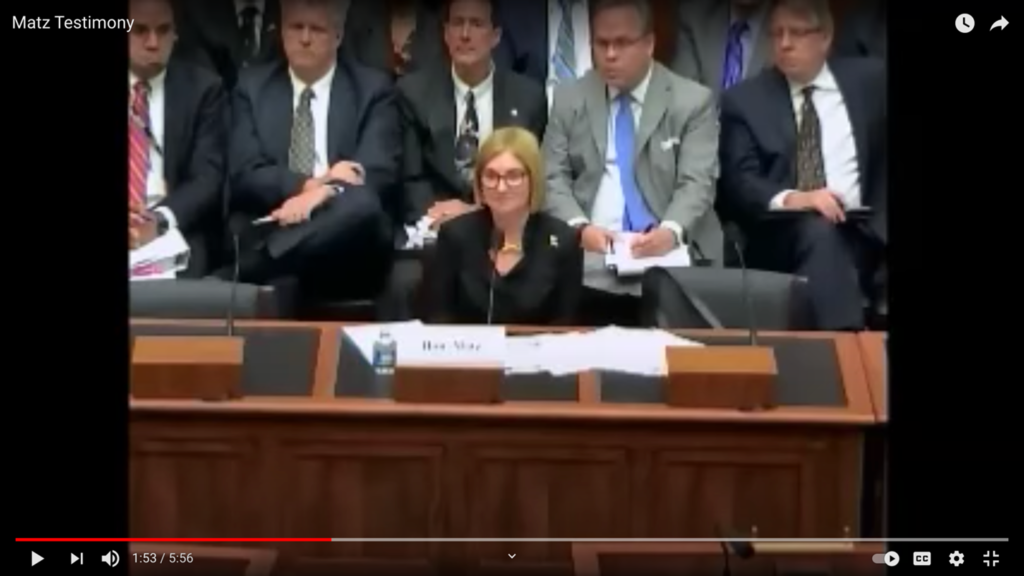 CUNA’s Long Standing Concerns Submitted Prior to the Hearing

It’s been six years since the last time NCUA held a hearing on its budget; it’s been almost four years since an NCUA Chairman has testified before the House Financial Services Committee. On Friday, that will change when NCUA Chairman Matz testifies before the House Financial Services Committee. And, while the hearing is not the venue we had been seeking for stakeholders to weigh in on the agency’s budget, it would be reasonable to expect that the budget will be among the several topics Members hone in on. Without a doubt, the spotlight will be on NCUA and credit unions Friday morning.

In advance of the hearing, we met with Committee staff and Members over the last several weeks to raise concerns and opportunities we see at NCUA. Much of our conversations have focused on recent rulemakings and proposals, including the RBC2 proposal and our concerns with respect to NCUA’s legal authority to issue the rule and the capital adequacy provision that was added to the revised proposal. We have discussed our recent comment letter on the proposed rule on Interest on Lawyer Trust Accounts (IOLTAs) and our belief that even without the enactment of the IOLTA legislation last year, NCUA has the authority to extend share insurance coverage to prepaid debit accounts.

During these meetings, a host of other issues have been raised by Members including NCUA’s handling of the corporate stabilization fund, examination issues, and the overhead transfer rate. . .

We intend to submit a letter to the Committee in advance of the hearing highlighting these and other issues.

Tomorrow I will describe NCUA’s efforts in December 2013 to close 81 home-based credit union by passing a new rule.