This week they printed the graph below comparing the economic recovery of high versus low wage earners in America. (https://www.visualcapitalist.com/high-wage-vs-low-wage-economic-recovery-us/) 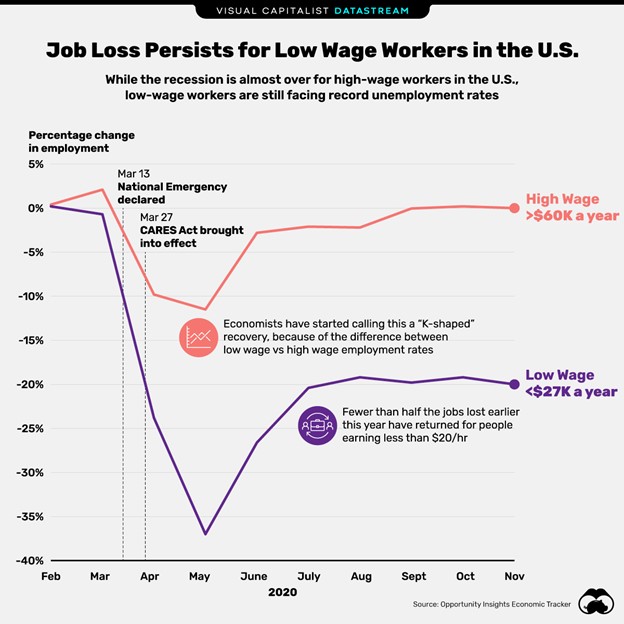 Their full analysis about this “unequal recession” had two conclusions:

Within current members and in every credit union’s FOM, this divergence in recovery occurs. How can your credit union reach these members and serve them best as we wait for the pandemic to recede?

2 Replies to “Are Credit Unions Still Needed? A Chart Worth Many Words”