The report details strip club visits and drinking while on the job from February 2017 through the beginning of the investigation in November 2019. Several members of the General Counsel legal staff and the Executive Director were also interviewed about the conduct of the two.

While the report is about personal peccadillos, that is not what is significant about this event.

As shown in the blog below from Jim Blaine (reprinted with permission) the professional judgment of NCUA’s General Counsel has been a public topic for over five years.

GC Is Not an Independent Position

The General Counsel is a staff position providing interpretations and support for decisions taken by the line staff and the NCUA Board. Jim’s blog below is one example of the Board’s skepticism of McKenna’s counsel. But McKenna did not originate the RBC rule. Senior examination staff and the Board did.

Throughout his career his role was to defend Agency decisions that seemed contrary to common sense and the explicit language of the FCU Act. Actions included rejecting appeals from credit unions and individual members for merger misconduct, denying FOIA appeals, approving Board actions opposed by 95% of credit union commentators and providing legal cover for whatever supervisory actions the agency wanted to take.

His role as General Counsel was to endorse the agency’s conduct regardless of the fact situation. His personal conduct is not acceptable. But the real issue is his professional shortcomings which contributed to a series of agency outcomes that have hurt the credit union system’s reputation, severely damaged its institutional capability, and has cost members billions in misused funds.

McKenna’s personal failings are merely a symptom of an agency unaccountable to any outside authority. One that always places its institutional self-interest ahead of credit union members’ welfare.

McKenna is an example, not the cause, of NCUA’s culture of impunity from top to bottom. If the agency had been a credit union with the public missteps from the last three years or longer, they would have been conserved a long time ago.

Mr. Michael McKenna is the General Counsel of the NCUA; has been with the Agency for over 25 years; and has held the top legal position for the last few. He is one of the highest paid lawyers in all of Federal government.

Don’t know Mr. McKenna on a personal basis; but would assume from his resume, background, experience, and current position, that he is probably the # 1 U.S. expert on the Federal Credit Union Act (FCUA) and the rules and regulations controlling federal credit union supervision – or should be!

After all, he has spent a lifetime focused specifically on credit union statutes and rules; has helped draft and craft many of those laws; and is intimately familiar with the logical subtleties and historical compromises underlying their promulgation.

As you may have noted, there is “a slight disagreement” on the legality of NCUA’s rule-making in the area of risk-based capital (RBC). Who is right concerning the legality of RBC is open to debate, but few will dispute that NCUA, over the last two years, has played the clown on the RBC rule repeatedly – and convincingly!

Three questions come to mind when listening to the legal arguments:

2.) Why would Chair Matz feel compelled to pay an outside law firm $150,000 “to do my own due diligence”, when she had Mr. McKenna sitting down the hall?

3.) Given that extraordinary $150,000 outside legal expense, can you determine which of the following. . . 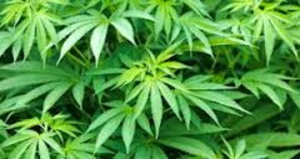 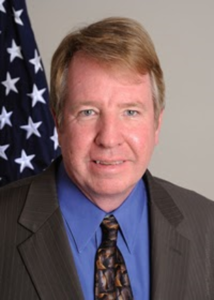 . . .is an expensive, exotic potted plant?

She sought out 11 outside firms! Speaks volumes! McWatters is certainly paying attention and understands the legal and ethical issues.

Who provided the list to her? The Democratic National Committee?

Isn’t it rich? Isn’t is queer?
Losing my timing this late in my career
But where are the clowns? Send in the clowns
Well, maybe next year

…should note that you missed the penultimate verse of the Sondheim song;

“But where are the clowns?
Quick, send in the clowns.
Don’t bother, they’re here.”

Matz has stayed far beyond her shelf life date, expect the stench to continue to grow.

Does Ms. Matz really believe that wasting a lot of money on a bogus legal opinion makes the incredible credible?

No matter how you slice it, bologna is still bologna!

McKenna is the General Counsel of NCUA. Generally, speaking it is not within the authority of the NCUA Board to change the FCUA. This is the specific authority of Congress.

If you want a different opinion, you have to pay a lot of someone else’s money to a Specific Counsel for an opinion to specify that the NCUA Board has authority for what they generally do not have under the FCUA.

So who are the clowns? Is it the NCUA Board? Is it the outside law firm? Is it the credit union industry for condoning this fraudulent waste of money?

If the credit union industry allows Ms. Matz, her Lapdog and her Potted Plant to get away with the purloining of Federal Credit Union Act authority, than:

Jim states that he doesn’t know Mike McKenna on a personal basis…but I do. Mike served as my Senior Policy Advisor during my time on the NCUA Board. There are few that have a better understanding of the Federal Credit Union Act than does Mike. Apparently, Chairman Matz chose to seek outside counsel as a way to insulate the agency from appearing to be “too close to the situation.” That this outside counsel did not feel that the agency’s case is ironclad should not reflect on Mike but rather the interpretation of the firm and what might happen if this rule was legally challenged.

One Reply to “A Culture of Impunity”