Most credit union observers agree that the emergence of financial cooperatives was one outgrowth of the reform movements affecting many areas of American society at the beginning of the 20th century.

Across America, factory workers, farmers, women suffragettes, and city social workers had organized numerous initiatives and political efforts to resolve emerging problems. These initiatives responded to individual abuses and inequalities that became exacerbated during this era of monopoly capitalism converting a largely agrarian economy to an industrial one.

Credit unions were one of many attempts to meet the basic financial needs of ordinary people who had no access to fair financial services of any kind. This experiment begun with St. Mary’s Bank in 1909, then slowly evolved state by state over twenty-five years. These various examples became the proof of concept that resulted in the passage of the Federal Credit Union Act in 1934 as part of FDR’s new deal initiatives.

Filene and Bergengren convinced the administration and Congress that a national program for expanding consumer credit could help with recovery during the depression by increasing demand for consumer goods and services with credit.

The following slides provide snapshots of the evolution of the “movement” from social initiative to a fully formed financial system alternative for consumers. They summarize the ever changing balance between mission/purpose and institutional financial success as overseen by the federal regulator. 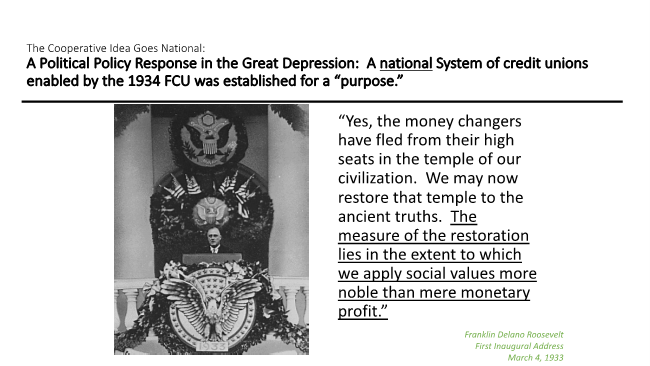 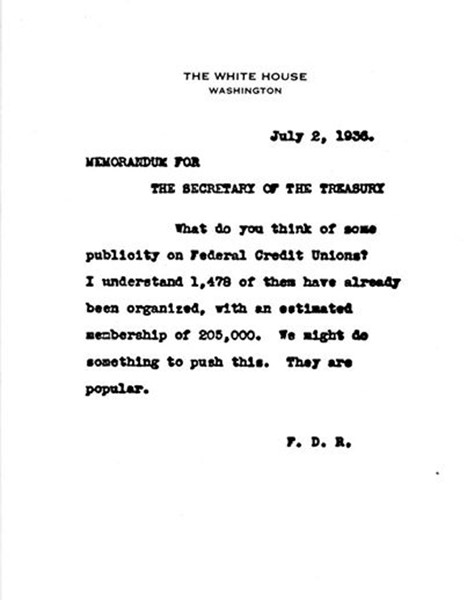 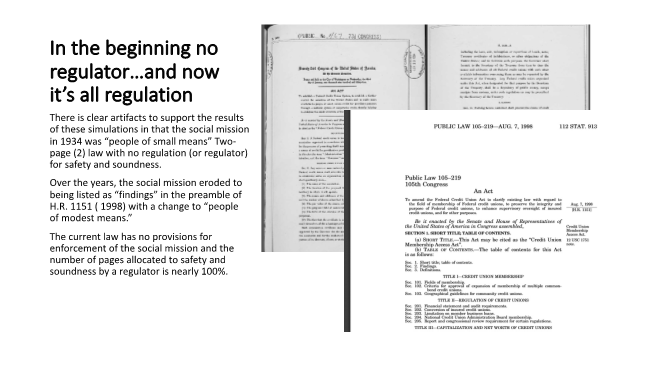 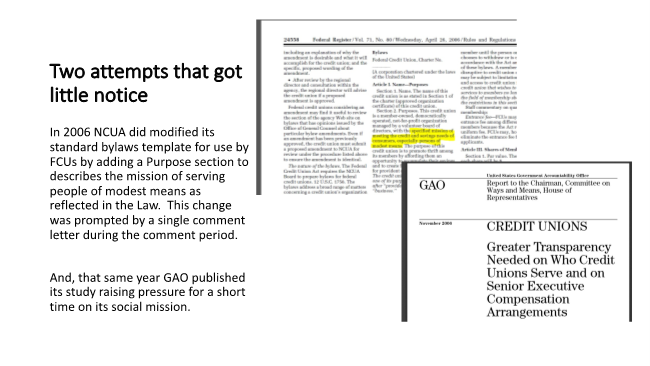 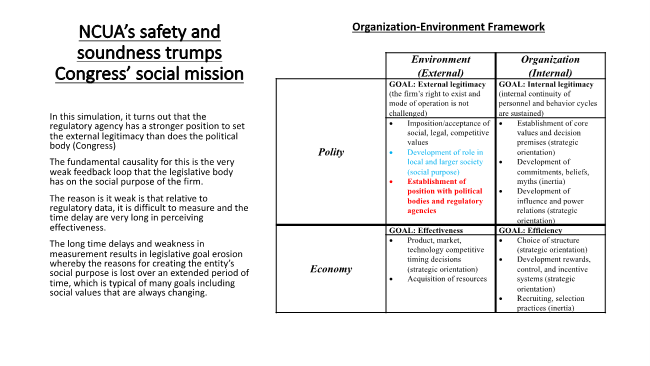 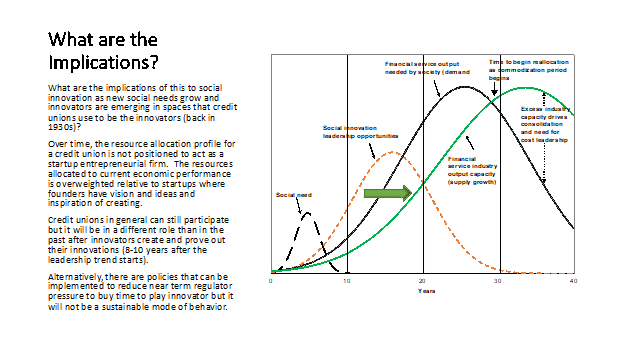 The traditional view of credit union’s special role justifying their tax exemption has three bases: their cooperative, member-owned structure, the legislative intent to serve people left behind by existing financial options, and the field of membership-common bond-requirement.

As the cooperative business model has evolved, so has the concept of purpose and credit union’s role in their communities. Today member’s financial health is an animating concept for some. Other credit unions continue emphasis on superior service, better value, and member relationships.

The founding pioneers of credit unions did more than prove out a new business segment with consumers. The cooperative model was one in which people:

Cooperative purpose established these core traditions that are the foundation for continuing credit union relevance and uniqueness in an ever-changing economy.

The question is, if credit unions did not exist, would we create them today? What needs would they serve? Is purchasing the assets and liabilities of banks, consistent with the credit union cooperative role?