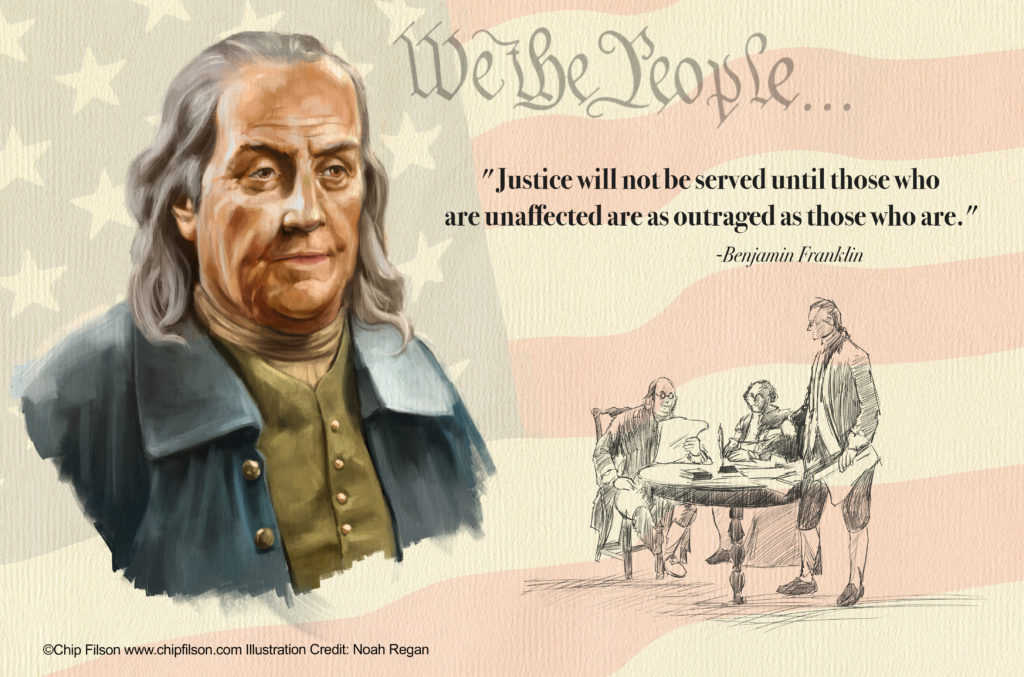 Benjamin Franklin (born January 17, 1706, Boston, Massachusetts, died April 17, 1790, Philadelphia, Pennsylvania) was a person of extraordinary talent. He made lasting contributions to multiple areas of human endeavor including practicing the cooperative principle of Paying It Forward.

As a signer of the Declaration of Independence, he played a major role in getting the document approved and adopted by the Continental Congress. Perhaps more critical, he served as Ambassador to France from 1777 to 1785. securing France’s financial and military assistance in the Revolutionary War.

His Areas of Intellectual and Social Enterprise

One of 17 children, he went to work at age twelve in a print shop run by his older brothers. He published his insights in Poor Richard’s Almanac, many of which are still recited today: “A penny saved is a penny earned.”

As a tradesman and inventor his ambition, intellectual energy and sociable nature, made him a natural leader of public projects. His lifelong commitment to self-improvement also manifested in his civic initiatives to upgrade living conditions in mid 18th Century Philadelphia.

These civic endeavors were in addition to his work as an inventor (bifocals and Franklin stove), scientist (theorist about electricity), musician and author of timeless insights on human nature and society.

The Cooperative Foundation: Pay It Forward

Much of Franklin’s multifaceted contributions from his discipline and hard work, arise from a value centered life focused on the question, how can I help?

“Pay it forward” is the concept that when someone does something for you, instead of paying that person back directly, you pass the kindness on to another person.

In a letter to Benjamin Webb (April 25, 1784) who’d requested to borrow money, Franklin asked his friend to repay the debt by lending to someone else in need down the road. Instead of receiving repayment, he sought to do a world of good with what little he had to give.

I do not pretend to give such a deed; I only lend it to you. When you meet with another honest Man in similar Distress, you must pay me by lending this Sum to him; enjoining him to discharge the Debt by a like operation, when he shall be able, and shall meet with another opportunity. I hope it may thus go thro’ many hands, before it meets with a Knave that will stop its Progress. This is a trick of mine for doing a deal of good with a little money.

One outgrowth of his “doing a deal of good with a little money” is today’s cooperative credit union movement. Another enduring legacy from the nation’s founders.

As we celebrate this 244th anniversary of the 4th of July Declaration, Franklin’s reflection on our nation’s governance remains timeless:

The U.S. Constitution doesn’t guarantee happiness, only the pursuit of it. You have to catch up with it yourself.